Various packages are available as Excel add on which efficiently handle Monte Carlo simulations. These include Oracles “CRYSTAL BALL” and Frontline Systems Inc “RISK SOLVER PRO”. This example is done using Risk Solver Pro. The example shown below is just a simplified valuation just to add context and some element of reality. All numbers adjusted from reality and should not be used for any other purposes except this demonstration of concept.

A 20 year old 22.2ha P.radiata woodlot in had a 2.5% PHI inventory carried out. A typical valuation is typically conducted using averages. An example valuation is shown in the spreadsheet in figure 1 below. This woodlot valuation example inventory yield analysis calculated a total recoverable volume (TRV) of 554.6m3/ha with an associated log grade mix. Log prices MPI 12Q rolling average. These prices are provided in JAS m3 F.O.B. Typical JAS conversion factors and wharf fees are applied to get a standard m3 A.W.G. price. Variable harvesting, transport, and management fees are converted using a typical m3/tonne conversion factor. In this case for a 0.98m3/tonne conversion was applied. A fixed road access and landing construction fee was applied.

Export log prices are subject to monthly changes driven largely by port inventories and demand. For this example we will just focus on export market. Log price variability is shown in the graph below. Figure 2 below provides a look at the historic log price movements. 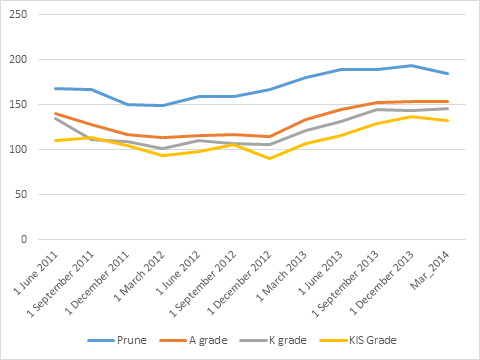 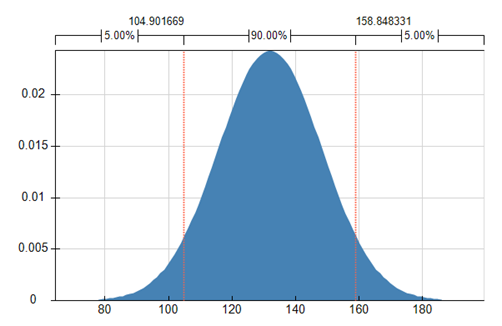 Figure 3 – A log grade price probability curve based on a Normal Distribution. 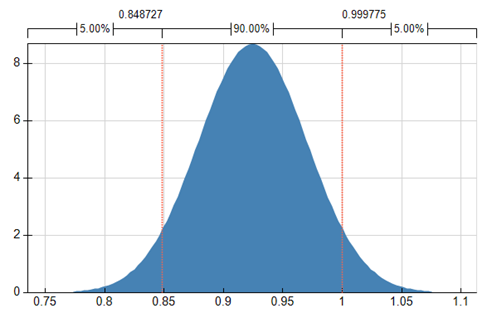 Similar probability distributions are fitted for each grade conversion. 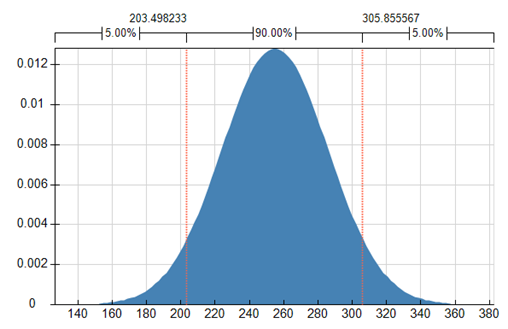 Figure 4 – Volume per ha of A_30 grade (Normal Distribution). 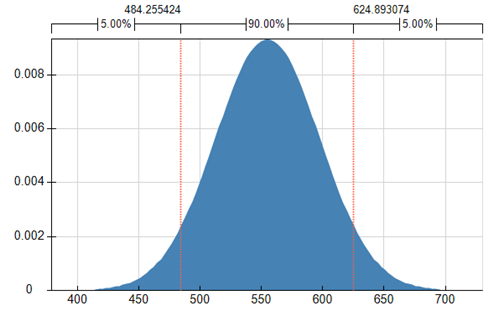 Roading access costs are considered fixed based on an engineering quote provided for the woodlot. In this case study a total engineering cost of $154,000 was applied to the valuation.

The following variable cost are applied to the woodlot valuation.

Variable stumpage costs are based on tonne basis and are charged out over weigh bridge figures. These costs need to be converted to volume base for valuation purposes. Conversion rates for m3/tonne vary throughout the year. Figure 6 below show the season change in conversion rates. 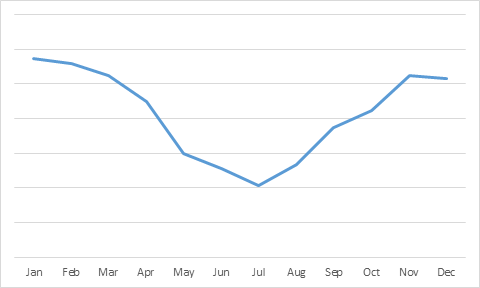 10,000 valuation simulations were run selecting random points along each variable probability curve. The results of the 10,000 simulations are provided in Figure 8 below.

Figure 8 – Results of 10,000 woodlot valuation simulations. Summary statistic for the simulations are shown below:

Although the mean of the simulation ($218,305) is close to the standard averaging method of valuation calculation ($223,230), the likely hood that the woodlot value could be significantly different is large. We could say we are 90% confident the woodlot value is likely to fall between $0 and $450,000.

Huh what did you say ! ok this is an extreme example, but we just wanted to show you how important it is to consider risk in a woodlot valuation. Don’t just expect one number to be the correct one ! 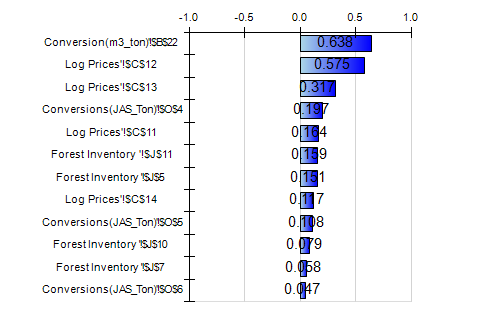 So need to consider risk in your woodlot valuation, talk to our consulting team.