The subject of modelling tree heights is described in the following article; Modelling Tree Height in YTGEN

Basically the diameter/height regression is used to supply heights for all stems when only some stems have had heights measured during inventory. In PlotSafe and YTGen there are four equations to choose from when exporting/importing data. The linear and mean are rarely used when projecting heights, we will therefore focus on Petterson and Log reciprocal equations, displayed below.

The Auto function selects between the four equations, and will be the initial predicted selection often this is the best fit, but not always!

The Petterson equation was developed in 1955 and is therefore the “grand old man” in relation to height prediction, it is used throughout the forest industry nationally and internationally and is therefore well documented, it provides for most cases a good fit (RMSE – root mean square error). MARVL software in the past implemented this and therefore it was widely adopted for use in radiata pine throughout New Zealand and Australia.   YTGEN introduced the option to also select the Log reciprocal equation, and this seems to performs quite very well in most cases. Since they are both available when exporting they should be evenly considered and not go on Petterson because that is what we have “always been doing”.

Going through 166 inventory populations the Log reciprocal performed better than the Petterson in 71% (118) of the populations, when RMSE was compared. 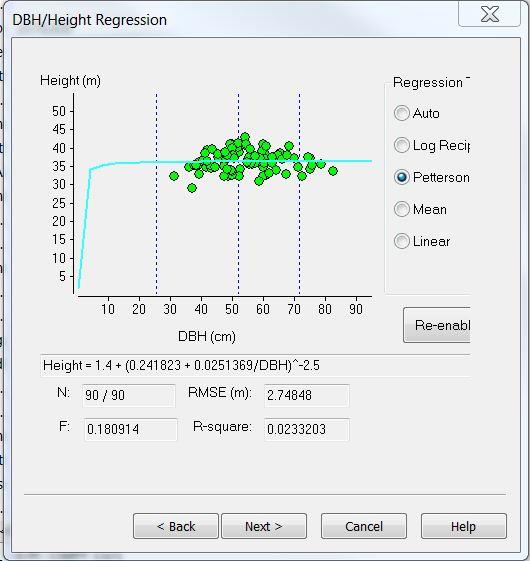 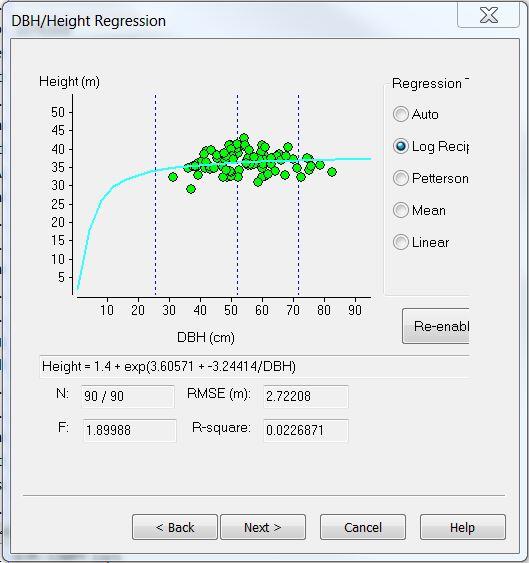 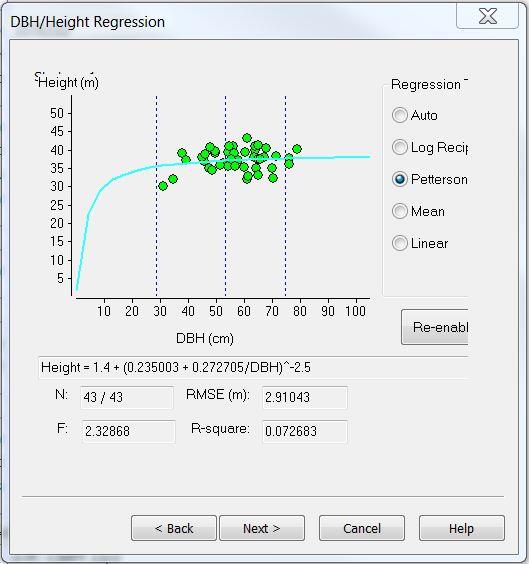 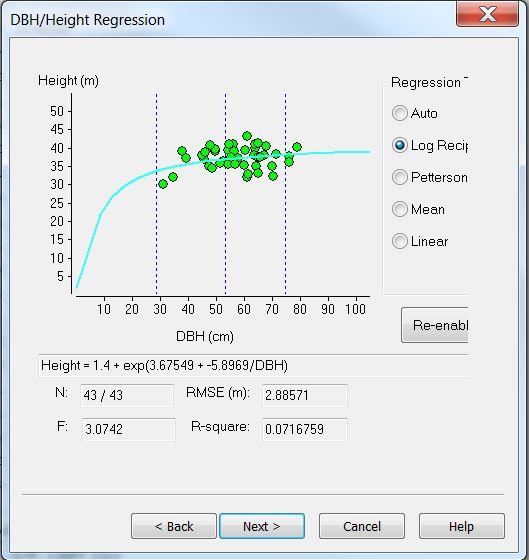 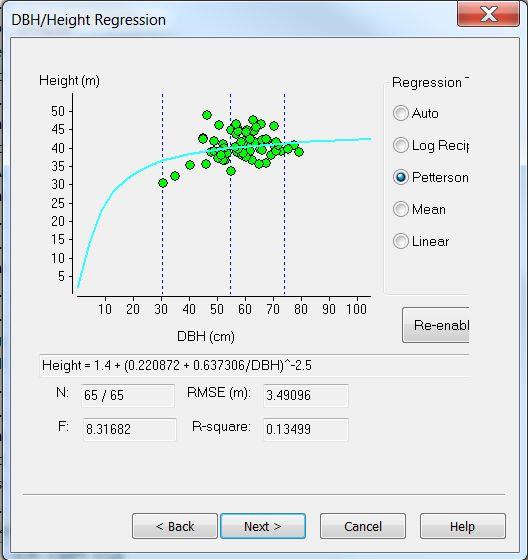 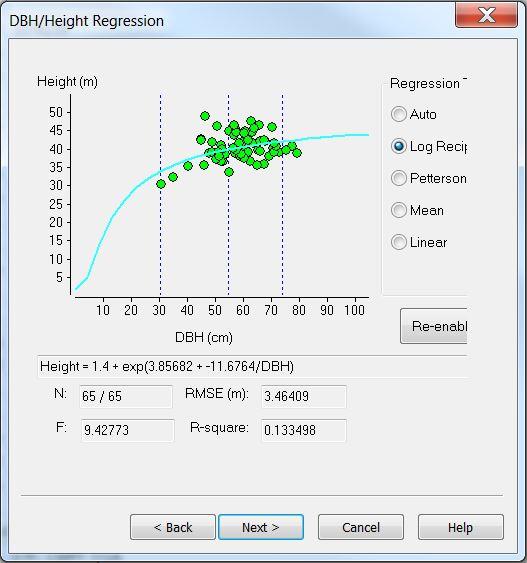 Above Inventories are quite typical in terms of the height/DBH range achieved by inventory crews. Despite the Petterson in above inventories has a marginal RMSE than Log reciprocal it does not appear as clearly when the blue curve (DBH/height) prediction is taken into consideration. The three figures and the investigation of 166 inventory populations where the Log reciprocal performed better than the Petterson in 71% of the cases indicates that the Log reciprocal option deserves to be taking into consideration when choosing DBH/Height Regression equations.

If you want further information or have questions please feel free to contact our team at Interpine.