Interpine’s David Herries recently presented at ForestTech 2015, providing an update of use of LiDAR ALS (Airborne LiDAR Senors) for forecasting and prediction of Forest Yields.   This provided an insight into the development of derived LiDAR metrics, improvements in the LiDAR capture specifications and building more complex models for the prediction of log product mix from a ALS LiDAR survey in managed forests. 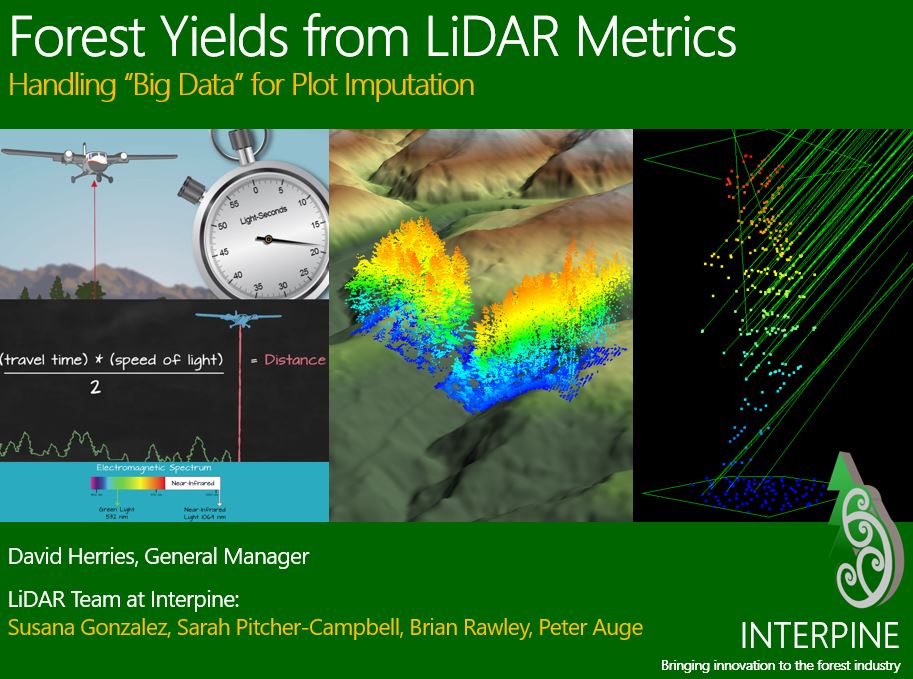 Flight Specifications
With the advancement of sensors being deployed for ALS throughout New Zealand and Australia.   Interpine presented an example of a dataset flown across a area in 2010, and again in 2015.   The results speak for themselves with the increase in resolution of the canopy and ground models.

The following figure shows the capture of LiDAR over native forest, showing the detail being captured, and 3D model of the resulting model of a dead tree.    The detail is impressive considering this flight was over several tens of thousands of hectares, and flown at a pulse density which previously would not have yielded such detail.   And most importantly at the price point where the capture of large areas is cost effective. 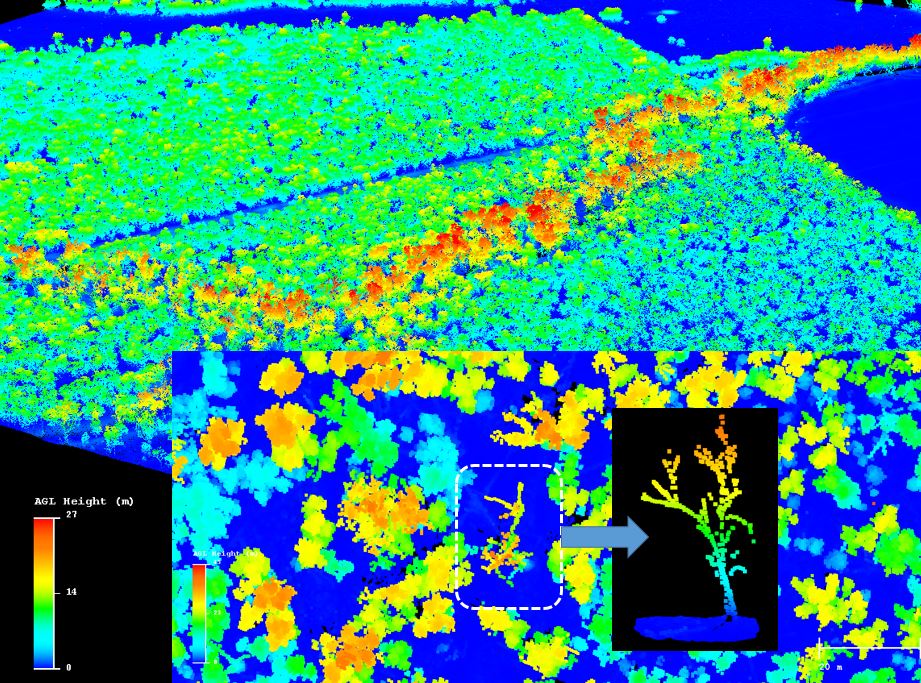 Another example was given in steep hill country, dense final age radiata pine, with a 40m+ canopy.   In this example the detail collected for the terrain model exceeded the clients expectations, with many hidden features appearing throughout the dataset which greatly added planning.   Of interest is also the details in which the trees themselves are captured.   An example of a single extracted tree is shown in the imagery below and shows the detail of individual branches and whorls.   Again these were wide area of interest flights, flown over tens of thousands of hectares in this great detail. 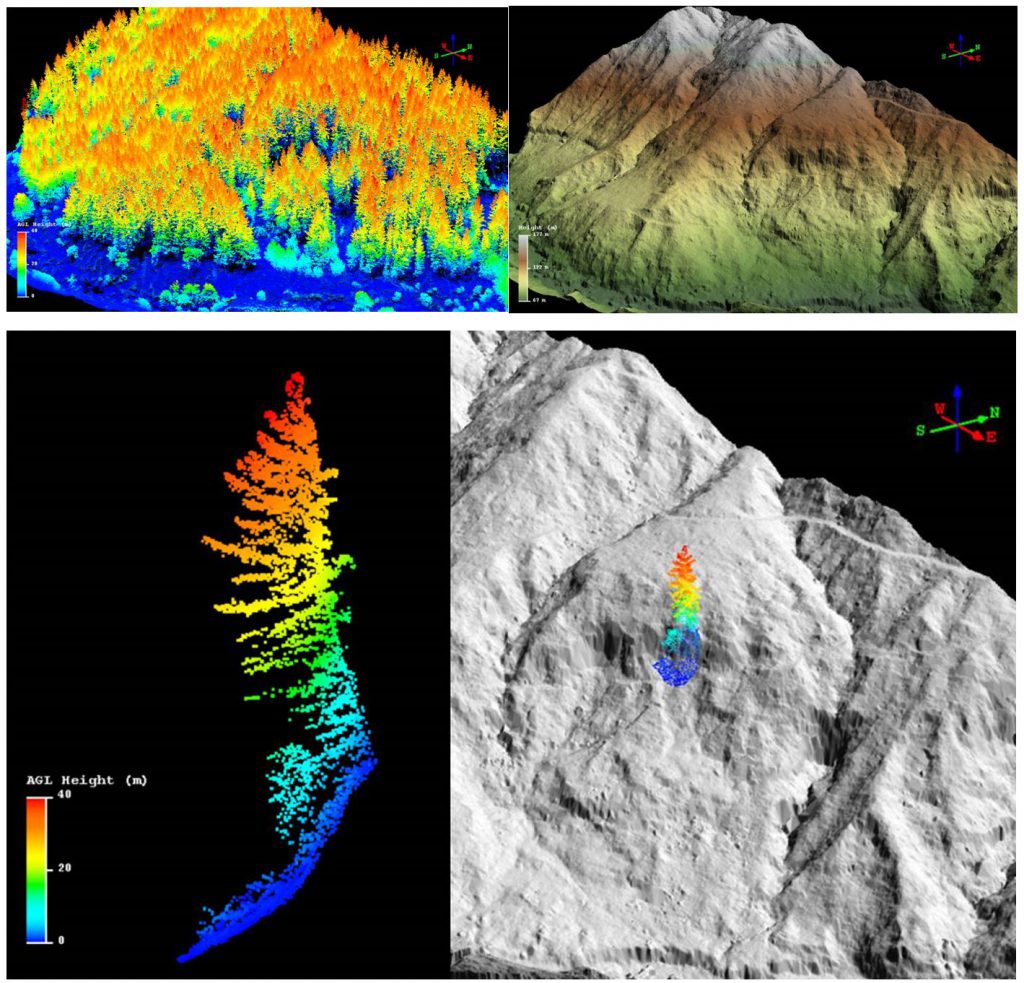 If you would further information or detail around using LiDAR in your forest resource please feel free to make contact with our team.

For more information, please download the full PDF version of the presentation here: